When planning a South African safari, the name Kruger immediately comes to mind.  This National Park (the size of Wales) is located in the northeastern part of the country, with neighbor Zimbabwe to the north and Mozambique to the east.  It offers popular camping spots and self-drive tours with a variety of accommodations (mostly run by the National Parks board).  However, if you are looking for a more unique, intimate safari experience in South Africa, a stay in one of the adjacent, private reserve areas is the key to a memorable trip of a lifetime. 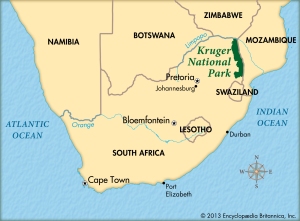 Sabi Sands Private Reserve is a wildlife conservation private reserve, (the oldest privately owned reserve in South Africa) which means it is not available to day-visitors.   Considered part of the Greater Kruger Wildlife Enclave, it covers roughly 250 square miles. A reservation for one of the lodges is required for entry. Sabi Sands derives its name from the two rivers, River Sabi and River Sand, which flow through the savannah and woodland areas that sustain the diverse flora and fauna.   The western perimeter is fenced, however the eastern perimeter (which adjoins Kruger) is 50 kilometers of unfenced border allowing wildlife to roam freely.  This is not a “zoo” – animals are not “fed.” They are existing in their own biodiverse and natural environment (except for water sources that were part of the original agricultural land).  It’s home to the most sought after animal sightings: the Big Five (buffalo, elephant, rhino, lion, leopard), the Magnificent Seven (Big Five plus the wild dog and cheetah), and 300 species of birds.

Sabi Sands lodges include meals and off-road safari privileges with an experienced guide in a designated Jeep or vehicle. (In Kruger National Park, you must stick to paved roads, which means you cannot follow a stalking leopard into the bush or an wild dog pursing its prey).  It is divided into several privately owned game reserves including Sabi Sabi, Ulusaba, Singita, and Londolozi, each with its own set of individual lodging areas from modest to luxury.  Some are more child-friendly, while others cater to honeymoon couples or small groups.  Some come equipped with private pool, private deck, or connecting suites. Some lodges have only six or eight villas – a more intimate experience – while others offer amenities like a spa, resort pool, or kids club. All provide other activities besides safari, including visits to the local communities and bush walks.

Up close and personal with a rhino, one of the Big Five

Sabi Sands is well known for its leopard sightings

Our stay this past July was in Little Bush Camp located in the Sabi Sabi Private Game Reserve.  Sabi Sabi has four lodges, each with its own distinct style and flavor: colonial themed Selati, family-friendly Bush Lodge, ecofriendly Earth Lodge, and Little Bush Camp, which features six individual huts all nestled on the banks of the Msuthlu river.

How to get to Sabi Sands? There are several choices including taking a scheduled commercial flight from Johannesburg or Cape Town to local airports in Nelspruit (towards the southern area of Sabi Sands) or Hoedspruit (closer to the northern part of Sabi Sands) then transferring to your lodge by vehicle or “bush plane” depending on travel distance.

Boarding our bush plane in Joburg

The most efficient way is by chartered flight on Federal Air, based out of OR Tambo airport in Johannesburg, which takes you directly to the various private reserve landing strips (some paved, some not so much) all within Sabi Sands.

After spending several days in Cape Town, (check out my recent articles here) we flew from Cape Town to Johannesburg on a scheduled South African Airways flight then transferred by minivan to a Federal Air flight. Located a short drive from the main airport terminal, Federal Air has its own dedicated lounge with beverages, snacks, and bathrooms.  The aircraft are parked right outside the lounge — no jetway or staircase needed.  Our flight was 1.5 hours nonstop to Sabi Sabi, (there is a possibility for one or two quick stops to drop off or pickup other passengers staying in other areas within Sabi Sands). Be aware that time of flight departure is not confirmed until 24 hours prior, so make sure to include ample layover time in Joburg if making a connecting flight post safari. 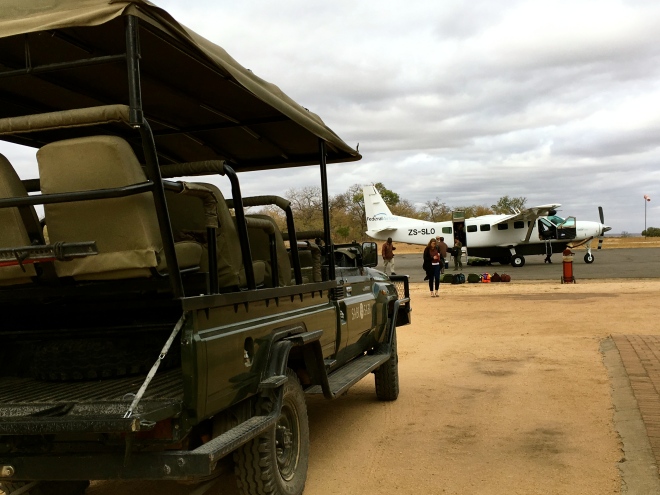 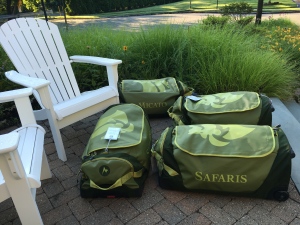 Also note that the luggage limit is 44 pounds per person (including carry on) since these are small bush planes (Cessna Grand Caravan or Beechraft 1900 are typical). We used soft-sided, rolling duffels (thank you Micato Safaris!) – hard-sided luggage is not allowed onboard.  Our plane held about 12 passengers and two pilots and was a smooth flight – the only real discomfort was from the lack of bathroom on board, so plan accordingly!

As you plan your South African safari, make sure to check government websites for information on proper shots and malaria pills, or consult with a travel doctor several months prior to departure in order to educate yourself on immunization recommendations.  Also, the South African government now requires that all children under the age of 18 must possess an unabridged version of their birth certificate (along with their passport) reflecting the particulars of the child’s parents. For more information (including documents required for children traveling with only one parent), click here. 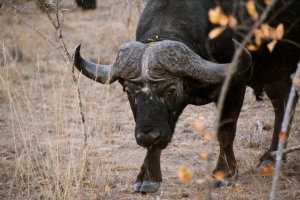 More about Cape Buffalo in my next article

Stay tuned for my upcoming article and photos from our stay at Little Bush Camp and Sabi Sabi safari including notes on weather and packing.

SUBSCRIBERS: to view this complete article online and read my previous articles, use this link: uniquefamilytraveler.com.

To become a SUBSCRIBER, look for the “subscribe to this blog by email” box, and then respond to the follow-up email.